Home  Releases  You Need a Low

You Need a Low 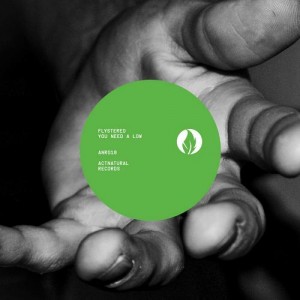 British imprint Act Natural has been on a staggering run of form recently, with releases by Claire Ripley and Chris Carrier amongst those propelling the label to new heights. As with every great label, A&Ring constitutes a pivotal role in their success story, and so it is that they turn their attention this time around to Spanish up-and-comer Flystereo; a man who makes house music so imbued with personality that it belies his relatively short time in the production sphere.

Indeed, his debut for the label is one that’s brimming with contrasting qualities, with the title-track, ‘You Need a Low’, very much testament to the fact. Atmospheric and creepy, it moves at a slow, ominous pace but gradually picks up steam thanks to a series of off-kilter samples and amalgamated leftfield sounds. If Warp style electronica is your bag, you’d do well to search this one out.

Up next on the 5-track EP is ‘Burning Inside’, whereby we’re introduced to the producer’s more dancefloor focused palette. Bristling kicks play a pertinent role, but it’s the unfurling synth line that helps lend it a curious edge. ‘Penance’ then sees Flystereo call on another range of subtle nuance to inject the ambiance, before ‘You Are My Eveything’ picks up the pace, with its steady stream of cannily placed chords and sporadic vocals enveloping the track under an umbrella of melancholic emotion.

‘Sweet End Dubs’ is the producer’s closing gambit, and it’s one where he plays a steady hand; opting for more atmospheric leanings to complete what’s a throughly beautiful and mesmerising EP that’ll appeal to newcomers and purists alike. Quite where Act Natural go from here is anybody’s guess. One things for sure: it should make for another fascinating journey into the depths of sound.