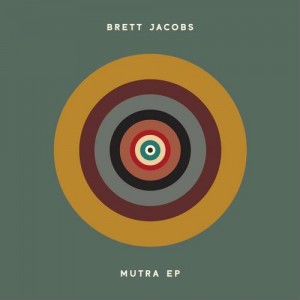 Brett Jacobs has been plugging away on the underground circuit for several years now, with recent
releases for Luna Records and Fuse London pushing him further into the limelight, picking up support
along the way from the likes of DJ Sneak, Sebo K, Ralph Lawson and tINI. Here Brett joins the Act
Natural roster, following the paths of Huxley, DJ W!ld and Chris Carrier.
The release kicks off with title track ‘Mutra’ first, a low-slung, minimalistic house track, tipping its focus
towards a straight percussive led groove with off-kilter, swinging hats and claps, subtle ethereal
atmospheric touches and drawn out sub-bass tones. Up next is ‘Cile’, staying on the same tip with a
drum-driven feel, organic percussion leads the way here, while dubbed out synth stabs, electronic
bass licks and processed vocal chops paint the bigger picture, cleverly meandering around the sturdy
foundation of the beat.
Lastly to close the release Jacobs turns in ‘Simmer Dub’ as the B-Side, this a fantastic closer for the
single, seeing Brett delve deep with a less-is-more approach. The drum programming maintains a
restrained 4/4 feel this time, while understated, classy synth sequences intricately bloom throughout
the six and a half minute duration, and the low-end elements subtly rumble away in the depths of the
background, creating a perfect after hours house cut.