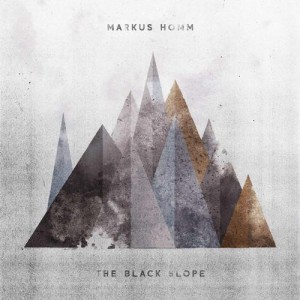 Ultra-prolific German producer Markus Homm has long held a propensity for the more ‘dancefloor’ inclined side of the spectrum, and it’s a side of his production arsenal that continues unabated with this release on London-based Act Natural Records. ”Out of Love” is the EP in question, and boy, is it an EP that’s very much indicative of the producer’s strengths.
Fist up on the release is the title track ”Black Slope”, initially starting off with a rugged kick, before Homm introduces us to his more playful, soulful side. The bassline causes the most consternation, with the subtly rising synth-line snapping, crackling and popping as the track mushrooms into an altogether different – and even more unpredictable – beast.
Next up on the release is the funky – yet simultaneously warped – “Out of Love”. Sprinkled with indecipherable vocals and menacing, unruly synths, it unfurls at an ominous pace that’s sure to ask questions of even the most ardent and dedicated dance floor. The sporadic, interjecting vocals only serve to add their own sense of purpose to the equation, with the whirling effects and esoteric snares resulting in a crescendo that’s every bit as frantic as it emphatic.
Final track ”If Any Side Effects” plays out in an unruly fashion, taking the listener down a rabbit hole that’s even more full of hidden intricacies and esoteric hues. The watertight percussion is a nice touch, but it’s the emphasis on the loop that’s the cause for most celebration. On this run of form, Homm might just want to ‘Act Natural’ more often.