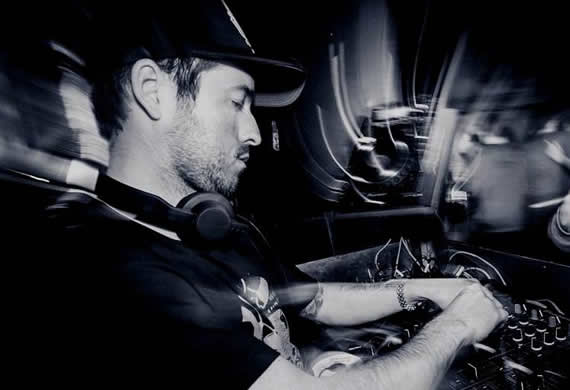 From an early age S-ampel was heavily influenced by electronic sample based music from the 80’s & 90’s. His love for this type of music encouraged him to get a set of technics at the age of 12 where he started his vinyl collection and also learning to mix. By his early twenties he was starting to make a name for himself on the Birmingham club scene and saw him support some notable names who were just breaking through themselves such as Guy Gerber, Claude Von Stroke and Subb-an.

After a brief break from from it all, he came back in 2010 and became a regular at the Rainbow in Birmingham where he has played for 2 of the country’s main nights Face & Below. Here he has been able to play his own style without the constraints of any promoters influence that saw him leave the scene initially in 2007. Now he is enjoying the freedom to play what he loves and has a passion for and this has enhanced his support and has attracted interest from other promoters from around the country.

In the past two years S-ampel has been busy perfecting his own production technique and he had his first EP called Segments released back in September 2012 on underground UK house label Deep Edition Recordings. Later that year his track East Coast went on to feature on a VA for One Records, gaining support from Adam Shelton, Subb-an, Jef K and many more.

2013 has seen S-ampel’s Djing reputation grow steadily with residencies at Rhythm Factory and Social Underground and on the production side with a 4 track EP that came out on Act Natural Records in July, gaining support from a list of artists around the world and also remixes for Movements Label, Trojan House Records and Decay Records. He also has EP’s due out for M.A.M & Juliche Hernandez label Downhill Music and Dzeta n Basile’s Decay Records at the start of 2014…